“I can do this. This is totally in my reach, I can do this.” I was in the top eddy above Pencil Sharpener, above The Notch, above Gorilla, and was about to run one of the most respected rapids on the Southeast. Gorilla. There were so many moves that I was about to make in a short amount of time, and I didn’t need to think about them or replay them in my mind again, because I knew what I had to do, and that I could do it.

Exactly two weeks before this moment, quite opposite thoughts were going through my head. I was in the hospital, getting nine stitches above my left eye. “What happened, was this a whitewater kayaking accident?” The nurse had asked me. And yes, in fact, it was. The evening before, I had taken my second lap down The Green River Narrows and flipped over at an unlucky spot, hit my face on a rock, and received a decent sized laceration above my eyebrow. From the first rapid down, I didn’t feel as solid as I normally do. I was not taking strong paddle strokes, I was leaning back, and I definitely wasn’t looking where I wanted to go. I felt like I kept making silly mistakes, and the more I focused on my mistakes, the more discouraged I felt, and the more often I seemed to make them. I finally flipped over on a rock that I should have boofed, held on, rolled back up, and sure enough, my face was bleeding.

That night, with a bandage on my eye and an icepack in my hand, I continued to replay how sketchy I had felt on the water. As I sat on the couch, digging deep into my own head, criticizing my every move, my boyfriend, Sam, reminded me that we all have bad days, and this was just mine. Tonight didn’t define my paddling: everyone messes up, everyone flips, and everyone has bad lines. That’s okay. Messing up is a part of learning- it can be painful at times (and mine sure was, literally) but it’s through those hard times that we become better and stronger.

The next day, I went to Anna’s office to get some work done. With a bandage half the size of my face, there was no way I was going to hide my mistake. I was afraid that the bandage was a sign of my absent paddling skills, or my lack of knowledge and experience, or a badge of ignorance. But it was quite the opposite. Anna told me about a time that she got pinned during the very first rapid of a challenging run. She was beating her self up about it, as well, and had to pull over in an eddy and make a decision. She could either continue to dwell on what happened, which was now in the past, or she could let go of it and move forward.

I was, in a sense, in my own eddy. I was forced to take a couple of days off of kayaking in order to let my face heal, which gave me the opportunity to pull over and make my own decision. What had happened was in the past, and doesn’t define me. I have the ability to learn from this experience, but let go of it and look forward; and that’s what I did. I even made a joke, “this week, I cut my face open on a rock, the next week, I style Gorilla… Just you wait…”

So there I was, at the top eddy, with my brain completely silent. The only voice that rang in my head was my own, loud and clear, “this is all in your hands. You’ve got control, and you can totally do it.”  I looked up at Sam, who was also in the eddy, and said, “I’m so ready, I can do this, let’s go.” So we both pealed out, went through the Pencil Sharpener move, and got into the eddy below. By this time, all of my nerves were gone. I had just dropped into a committing position, and there was no looking back now. I knew what was ahead of me, and I was so excited to do it! Sam went first and I gave him some time before I decided that it was my turn. I took a deep breath and ferried to the other side of the river, which put me in a nice position to go through The Notch. I took another deep breath once there, looked over my left shoulder, saw where I wanted to go, and paddled hard to get there. I took two left strokes through The Notch, and it set me up perfectly to go over The Pad of Gorilla directly.  I launched off The Pad, and it was the craziest thing I have ever felt! A couple of seconds, which seemed to last forever, of pure free fall. It was just me and the water falling off of Gorilla- and before I knew it, I landed in the trough, and was jetting into the hole at the bottom, called Speed Trap. I got through Speed Trap, and was so high on life!

What an amazing and rewarding feeling! Sitting at the bottom of an incredibly powerful rapid, surrounded by a great and supportive team. This was my own induction ceremony, and I didn’t need the pictures to prove it. It wasn’t a graduation, by any means. It was a door opening, showing me that I still have so much to learn about kayaking and about life; its so worth it! I have goals to compete in slalom, race in extreme creek races, and travel to far places and beautiful rivers. I want to continue to learn, teach, give back, and grow. I drive back to California June 9, in order to walk in my graduation ceremony. With this experience, and so many more ahead of me, walking across that stage will feel even better; and my mom will be able to catch the photo. 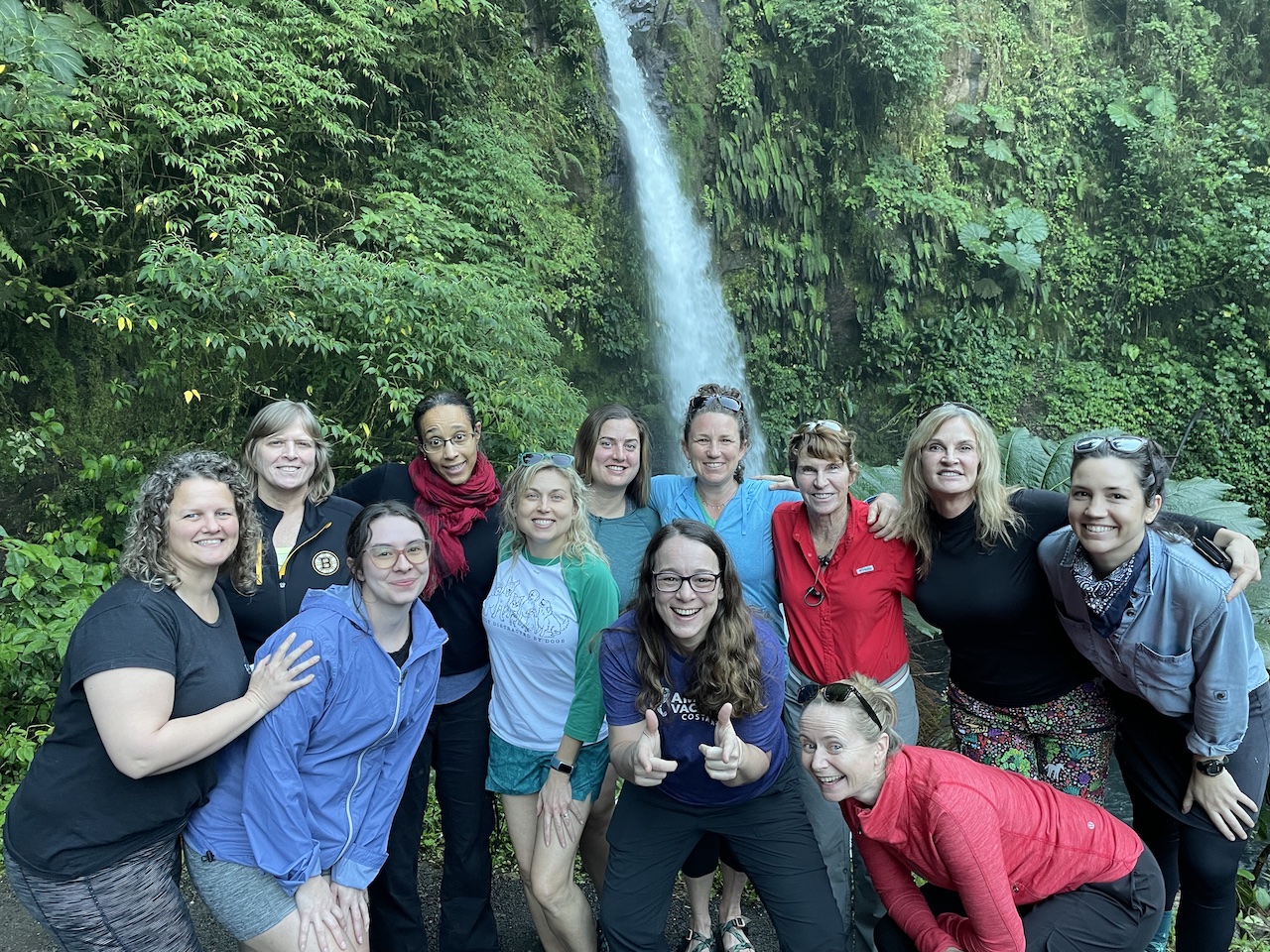